What is Vitamin D?

So what is Vitamin D good for? Well, there are a number of reasons why it’s an important part of our health. It helps us maintain strong teeth and bones, and may also serve as protection against a variety of conditions and diseases like type 1 diabetes, for example.

As a matter of fact, vitamin D is categorically not a vitamin, even though it’s called “vitamin D.” It’s actually a prohormone or the precursor of a hormone. Vitamins are generally classified as nutrients that can’t be produced by the human body, making it necessary for us to get essential vitamins through our diet. Vitamin D can, however, be created by our bodies which sets it apart from other vitamins.

As humans, our bodies are able to produce vitamin D from cholesterol when our skin gets exposed to sunlight. We can boost our vitamin D intake by eating foods that are rich in vitamin D content, although trying to get sufficient vitamin D from food alone is a difficult task. The amount of recommended daily intake of vitamin D is generally between 400-800 IU, but plenty of experts suggest that you should get even more than that. 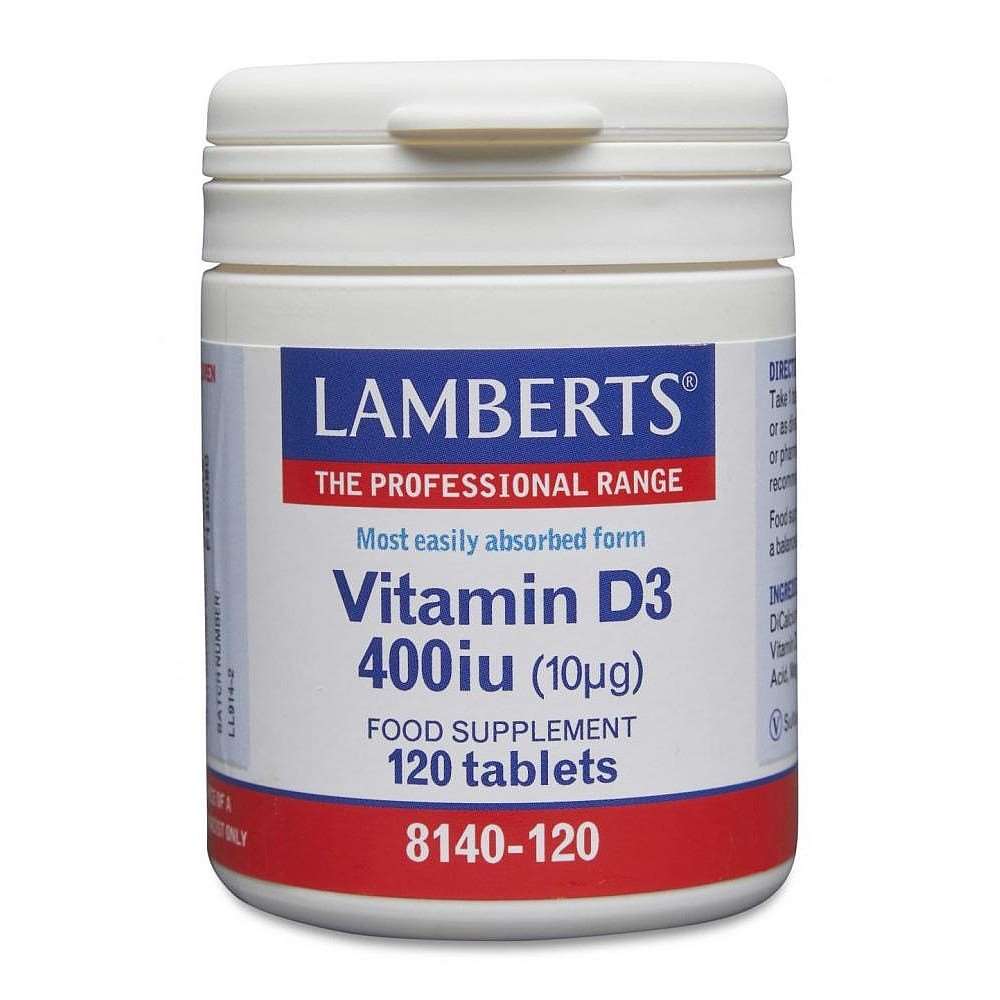 So to get down to the crux of the matter, what is vitamin D for? It plays multiple parts in our bodies, such as promoting healthy teeth and bones, supporting our immune and nervous systems, regulating levels of insulin and supporting the management of diabetes, supporting the functionality of our lungs and our cardiovascular health, and even influencing the expression of genes which are involved in the development of cancer.

Vitamin D is key in the maintenance of phosphorus levels and the regulation of calcium in the blood. These factors are important for keeping your bones healthy. Our bodies need vitamin D in order for the intestines to stimulate and absorb calcium and pick up the calcium which would otherwise be disposed of by the kidneys.

Research has suggested that vitamin D plays a protective role against the influenza virus, but further research is necessary to fully confirm these effects.

High blood pressure in children has been linked to a vitamin D deficiency, and there may even be a connection between stiffness in children’s arterial walls and low levels of vitamin D. There is evidence to suggest a connection between an increased risk of allergic sensitization and low vitamin D exposure. For example, children living closer to the equator generally have lower rates of hospital admissions due to allergies as well as fewer prescriptions of epinephrine autoinjectors. It’s also less likely for them to develop a peanut allergy.

Vitamin D is also potentially useful as supportive therapy for those who suffer from steroid-resistant asthma.

Vitamin D has been shown to support healthy pregnancies too. A lack of vitamin D may put young mothers at risk of developing preeclampsia and giving birth preterm. Doctors have also tied low levels of vitamin D with bacterial vaginosis and gestational diabetes in pregnant women. 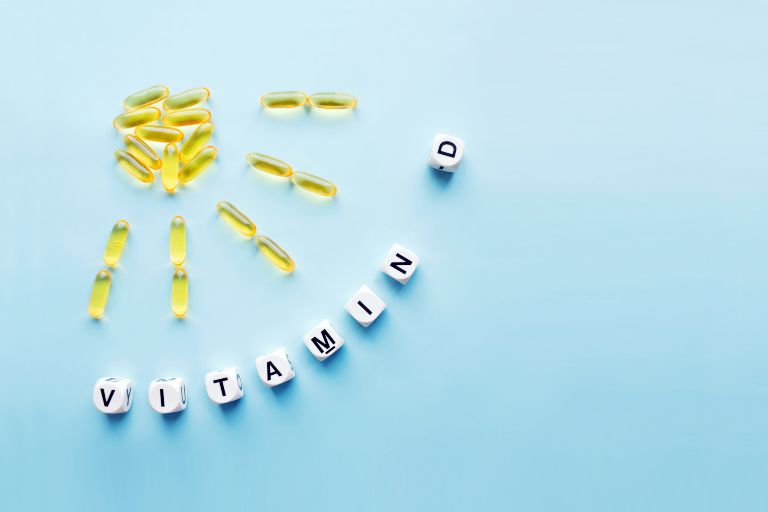 What is Vitamin D Deficiency?

As we’ve covered above, vitamin D is a powerful player in the field of health and contributes to multiple systems throughout our bodies. It differs from other vitamins in that it behaves like a hormone, with receptors for it in every single cell in the human body.

There are seven general common risk factors that make it more likely that you have a vitamin D deficiency, which are:

People near the equator are less likely to suffer from a vitamin D deficiency because climates around those parts get a lot more fun than the rest of the world, enabling those who live there to get sufficient vitamin D from contact with sunlight.

Symptoms of vitamin D deficiency are generally pretty subtle, and many people will not even realize they lack vitamin D. They might even be having a significant negative impact on your life and you may still have a hard time pinpointing what the problem is. In the following paragraphs are a few signs and symptoms that occur from a vitamin D deficiency.

Getting sick often, particularly with colds or the flu, could definitely mean that you’ve got low vitamin D levels. In the majority of cases, this will not be the only cause of sickness, but it is often a factor. The immune system needs vitamin D to fight off illness-inducing viruses and bacteria. It interacts directly with the cells in charge of fighting infection, and the body’s defenses go down when there’s a lack of it.

Even though vitamin D deficiency is often overlooked as a cause, it could very easily be one of the factors contributing to general fatigue and tiredness throughout the day. The use of supplements could very well improve energy levels.

Bone health is another thing that greatly relies on sufficient vitamin D. It helps improve the body’s intake of calcium, which has a direct positive impact on our bones.

Some studies have even shown that a lack of vitamin D contributes to low blood levels which can result in foul moods, and in some cases even depression.

If you’ve noticed that your wounds heal very slowly after being injured or having surgery, then that could very well be another sign of vitamin D deficiency. Vitamin D has been indicated as a key element to fighting infection and controlling inflammation.

Hair loss is most commonly associated with stress, which is definitely a leading factor. But when it comes to severe hair loss, the cause is most likely disease or nutrient deficiency. Low levels of vitamin D have been linked to hair loss in women.

All in all, there are plenty of negative reactions to vitamin D deficiency and getting appropriate through your diet and supplements may help eliminate these problems.

So how long does it take to recover from vitamin D deficiency? Well, it’s different from case to case, but once you start improving your diet and spending more time outdoors you should see positive results relatively quickly. 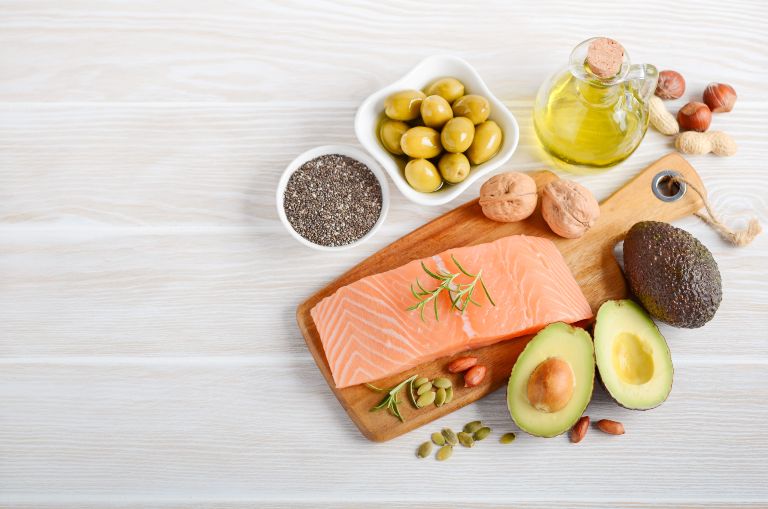 How To Get Vitamin D

So now we know what happens when our bodies don’t get enough of it, but you may be wondering how to get vitamin D. Well there are actually three different ways to get it; through our skin, from the food we eat, and from dietary supplements.

We can take vitamin D in through our skin by spending time outdoors and exposing our skin to sunlight. Be careful, however, not to spend too much time in the sun unprotected, as this can cause other problems like severe sunburns, and in the long run even melanoma, or skin cancer. Even just 5-10 minutes 2-3 times per week is enough to get healthy amounts of vitamin D from the sun.

One of the best possible ways to get healthy amounts of vitamin D is through diet. Calcium and vitamin D go hand-in-hand and work together to improve bone strength and overall health. Some foods that have a strong calcium content are:

When it comes to vitamin D, fish is one of the best options. Just three ounces of cooked salmon contains over 450 IU, which is a sufficient daily portion of vitamin D. Other fatty fish is also good, like mackerel and tuna. A few other foods that are high in vitamin D are beef liver, egg yolks, cheese, and foods fortified with vitamin D, such as orange juice, cereals, mushrooms, soy milk, and some dairy products.

Vitamin D is commonly measured in micrograms (mcg) or international units (IU). 40 IU is equal to one microgram of vitamin D. With these measurements we can keep track of how much vitamin D we intake to ensure sufficient, healthy intake.

Adults up to the age of 70 and pregnant or lactating women should get the same dosage as children and teenagers (600 IU).

Following these parameters for vitamin D intake will help you avoid vitamin D deficiency and keep your bones healthy and strong.

Tags:
Vitamins
Newer Can vitamin C improve my body health and how much to take per day?
Back to list
Older What are the benefits of chewable vitamins

Can vitamin C improve my body health and how much to take per day?

Vitamin C, a vitamin that is soluble in water, is also referred to as L-ascorbic acid. You can find it naturally present in several f...

END_OF_DOCUMENT_TOKEN_TO_BE_REPLACED

What are the benefits of chewable vitamins

Vitamin supplements are a great way to get those greatly needed vitamins outside of your diet and are a very popular choice all over th...

END_OF_DOCUMENT_TOKEN_TO_BE_REPLACED

What makes Pure Encapsulations such a trustworthy vitamins and minerals brand?

From Digestive Enzymes Ultra With Betaine HCI and Daily Support Formula to Vitamin D3 Liquid and Zinc 30, you may have noticed that we ...