What are the benefits of Ashwagandha for men and women?

With these facts in mind, scientific studies were done to study its anti-stress and adaptogenic properties in detail. A study done on rats showed it to increase stamina when swimming by preventing changes of cortisol content produce and ascorbic acid in the adrenal gland which can surface due to swimming stress. 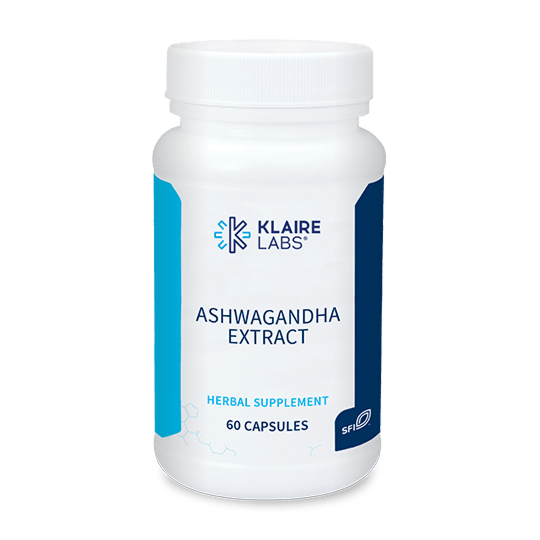 When used as pretreatment it revealed significant protection against gastric ulcers produced by stress. It’s been shown to have anti-tumor effects on Chinese hamster Ovary cell carcinoma, and a study on mice showed it to be effective against lung-adenoma induced by urethane. There have been cases where long term Ashwagandha treatment of uterine fibroids (dermal sarcoma) helped control the condition.

It can be useful for children that have a memory deficit as well as for senior citizens’ memory retention due to its Cognition Promoting Effect. It’s been shown to encourage dendrite formation and has GABA mimetic effect. It improves mitochondrial health and energy levels with its anxiolytic effect.

It is also an anti-arthritic and anti-inflammatory agent and has been found to help against Osteoarthritis and Rheumatoid.

Ashwagandha is regularly included in formulations doctors would prescribe for strain, pain, stress, skin diseases, gastrointestinal disease, diabetes, epilepsy, and rheumatoid arthritis. It can also be used as a tonic to improve health and longevity as well as raise energy levels. Some of its active ingredients are saponins, steroidal lactones, alkaloids, and withanolides.

Some studies suggest that it might encourage growth in children and raise red blood cell count and hemoglobin levels.

Data also exists suggesting that it might help counter anxiety. In several cases treatment with Ashwagandha has helped patients with schizophrenia reduce stress and improve symptoms.

There is preliminary data that indicates that it could assist in improving balance in patients with progressive degenerate cerebral ataxias. Anti-inflammatory, analgesic, and chondroprotective effects in patients that had joint pain in their knees were produced by a standardized extract in a double-blind RCT. 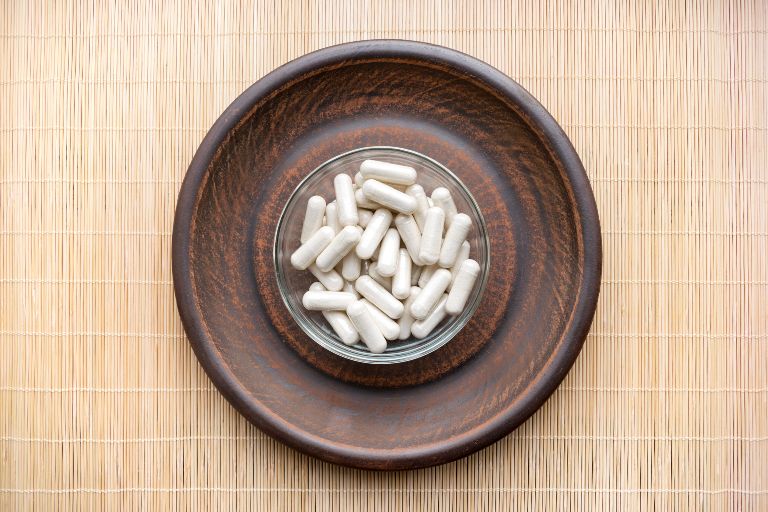 A lot of people have heard of Ashwangadha (UK, US, Australia, etc), but yet many people still ask the question “what is Ashwagandha?”

Often referred to as “Indian Ginseng” or “Indian Winter Cherry,” Ashwagandha is a key herb in the traditional system of medicine used in India known as Ayurveda, and has been utilized for millennia as a tonic (or Rasayana) due to its vast range of benefits to our health. Ramayana is traditionally described as a metallic or herbal concoction that expands happiness, promoting a fresh state of mind as well as physical health. Remedies such as these are taken to increase longevity by the elderly and the middle-aged and are also given to young children as a tonic. It’s an essential part of traditional Indian medicine, and has been dubbed as “king of Ayurvedic herbs.”

Withania Somnifera is the name of the plant whose root is used to make Ashwagandha. Ashwagandha has a sort of “horsey” smell, which is why it can be translated to mean “smells like a horse.” Other parts of the same plant, like the leaves and seeds, have been used in making soap, to kill lice, and as a pain reliever.

Ashwagandha is classified as an adaptogen, which means that it helps our bodies handle stress. You can often find Ashwagandha as a fine powder used to mix with water, called a churna. It can also be regularly found as honey or ghee, which is a type of clarified butter. It enhances memory and improves the nervous system and brain function. It promotes a healthy reproductive and sexual balance by improving the function of the reproductive system. It improves how the body handles stress since it’s a strong adaptogen. Ashwagandha improves cell-mediated immunity and in turn, enhances our bodies’ defense against disease. Not to mention it also has powerful antioxidant components that shield our cells against free radicals and oxidative stress.

Ashwagandha is a well-rounded, ancient herbal medicine that has been used for ages in traditional Indian medicine and we are finding out more and more about it every day.

What is Ashwagandha good for?

There’s a reason why traditional Indian medicine has been utilizing the healing powers of this plant for so long. The list of Ashwagandha benefits is quite long, and it has many uses and functions.

Ashwagandha is a small plant with yellow flowers which grows in North Africa and India. Extracts of the root and be used for medicinal purposes, and it can also be ground down to a powder for use.

This ancient medicinal herb is an adaptogen and helps us manage stress. Traditional Indian medicine has used it for over 3,000 years to increase energy, relieve stress, and improve concentration. It also has a variety of other benefits for our bodies and brains which we’ll get into below.

The word “Ashwagandha” translates to “smell of the horse” in Sankrit, referring to its strength-giving properties and its unique smell.

The plant goes by other names, including its botanical name Withania somnifera, winter cherry, and Indian ginseng.

Several studies have shown Ashwagandha to lower blood sugar levels in healthy subject as well as those with diabetes, improve muscle cells’ sensitivity to insulin, and increase insulin secretion.

Test-tube studies done on animals discovered that a compound in Ashwagandha called withaferin help to induce the death of cancer cells. This process is called apoptosis.

But this isn’t the only way it hinders the growth of cancer cells.

Withaferin can encourage the formation of ROS (reactive oxygen species) in cancer cells which disrupts their function. It can also make cancer cells less likely to resist apoptosis.

Studies have suggested that ashwagandha could be used to treat multiple types of cancer, like brain, colon, lung, ovarian, and breast cancer. Studies haven’t been conclusive enough for definite solutions on humans when it comes to cancer, but the tests done on animals so far have been very promising.

Ashwagandha may also help lower cortisol levels. Cortisol is a stress hormone which is released by your adrenal glands when your levels of blood sugar drop, as well as in response to stress. Cortisol levels can sometimes get elevated chronically, leading to excess fat stored in the abdomen and high blood sugar levels.

One of Ashwagandha’s best known uses is to alleviate stress, and this is what it was originally used for in ancient Indian medicine. It blocks the pathway in the brain that processes stress through regulation of chemical signals in the nervous system.

Through a few studies there have been suggestions of how Ashwagandha might help ease the symptoms of depression, though a thorough study has not yet been carried out.

It’s been around a long time for a reason, because it works! Research for many of its alleged healing components has yet to be finalized, but all round it has many benefits for men and women alike. 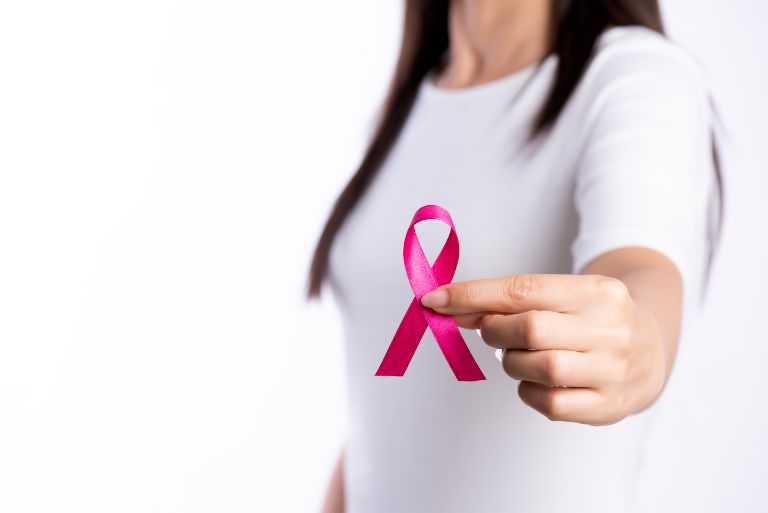 Ashwagandha supplements are safe for use by almost everyone, excluding individuals with certain conditions. It is not recommended for pregnant and breastfeeding women to use, and if you suffer from autoimmune diseases you should also stay away from Ashwagandha unless specifically recommended by a doctor or licensed healthcare provider. People in this category include individuals with conditions such as lupus, rheumatoid arthritis, type 1 diabetes, and Hashimoto’s thyroiditis.

Also beware of mixing Ashwagandha with medication for thyroid disease since it can actually raise thyroid hormone levels in certain people.

It is generally consumed in 450-500mg capsules either once or twice daily. This is the dosage for the standardized root, but the proper dosage depends on what kind of supplement you’re taking. Leaf powder and ashwagandha root are generally less effective than extracts. Always pay attention to the label on your supplements and be sure to follow the instructions written on them.

Tags:
Emotional Wellbeing
Newer How to effectively detox the liver?
Back to list
Older Can vitamin C improve my body health and how much to take per day?

Supplements and Vitamins for Anxiety

Anxiety disorders are some of the most common mental health conditions out there, with millions of people across the globe affected by ...